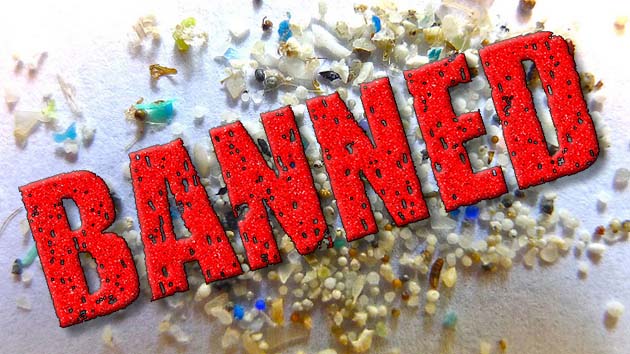 With this post, I will start to introduce you some young scientists and professionals that I have met and I feel they have something special to share with us. Allow me to highlight that I strongly believe that we need a new generation of mindsets that will be capable to understand and manage the emerging challenges with a different, non-traditional way of thinking. Let me start with Dr. Maria Coronado. I have met Maria during a trip to Leeds, when she was working at the University of Leeds. She is the definition of an adventure seeking chemical engineer and I believe she has a great potential in researching challenging topics. I suggest you to follow her on Linkedin. There is no better way to introduce her, than reading her recent excellent articles on plastic microfibres. The articles were published in Euromonitor International. The first article is titledPlastic Microfibres – Problem or Opportunity and the second one is titled Potential Global Ban on Plastics Microbeads  Opens Up New Opportunities. What follows below is just a summary that highlights the main issues addressed in Maria’s recent articles, according my understanding. I enjoyed her articles and certainly they made me wiser and better informed about a big problem. Please notice that the links below have been inserted by me in order to help the reader to get more familiar with the issues discussed.

Plastic microfibres from synthetic clothes such as polyester, acrylic and nylon are increasingly seen as a major source of microplastic pollution in our oceans, even more than microbeads from beauty and personal care products, which have already been banned in some countries. This fact brings new challenges but also creates huge opportunities for technological innovation in ingredients in both the apparel and home care industries. The recent North American ban on plastics microbeads in cosmetic products is proof of the growing attention being paid to environmental issues and, especially, to the accumulation of microplastics in the ocean. However, this is just the tip of the iceberg since scientists have discovered that 84% of the microplastic found in the ocean comes from the laundry of synthetic clothes in automatic washing machines, with synthetic garments releasing as many as 1,900 fibres per washing cycle.

In the case of plastic microfibres, a potential solution currently being explored by researchers is the use of acrylic resins, polyurethane dispersions and silicone macro-emulsion products in fibre finishing treatments to increase fibre resistance during repetitive washing. Another solution is focused on studying how some of the ingredients in liquid, powder and specialist laundry detergents from leading companies such as Procter & Gamble, Unilever and Henkel – which together account for over 50% in volume of the world laundry detergent market – as well as eco products and generic brands, can increase or decrease the release of microfibres in the water after a number of washes.

Legislation is likely to be introduced which will affect ingredients manufacturers in the medium to long term, especially in regions with significant environmental concerns. Ingredients companies need to seek innovative solutions that go beyond simple compliance with current environmental policies in order to remain competitive and to ensure continuing market leadership. Further investment in research and development is needed to produce more environmentally-friendly synthetic fibres and laundry detergent formulations that do not compromise on functionality.

MOVING TOWARDS A GLOBAL BAN ON PLASTIC MICROBEADS

There is a growing pressure for a global ban in the use of microbes. The overall picture regarding legislation is quite mixed, due to differences in public and political awareness between rapidly growing emerging economies and the major industrialised countries. North America, which according to Euromonitor International accounts for 20% of worldwide polyethylene (PE) consumption in Beauty and Personal Care (BPC) products, introduced new legislation banning microplastics from rinse-off cosmetics in 2015. By contrast, there is no existing legislation in Europe, which is responsible for almost 50% of worldwide consumption of PE in BPC products. EU legislation has thus far been focussed on the fragmentation of bigger plastics rather than taking specific action on primary microplastics. Due to this lack of regional legislation, Austria, The Netherlands, Sweden, Luxembourg and Belgium have decided to issue a joint call to support a European ban. Not satisfied with that, the Swedish Chemicals Agency has recently said yes to banning rinse-off cosmetics containing plastic microbeads from January 2018 onwards, to protect the aquatic environment. A delay in a global ban is expected, however, due to the fewer environmental concerns in Middle East and Africa, Latin America and Asia Pacific, which together account for 30% of worldwide PE use in BPC products.

Pressure for legislation on plastic microbeads is increasing in Europe which provides real opportunities for suppliers of alternative microbeads. As the market is still underdeveloped, there is plenty of room for innovation as demand for these ingredients is expected to rise substantially in the short to medium term. Manufacturers of BPC products need to pay attention to differences in legislation from region to region, with some legislation permitting bio-plastics while others prohibit the use of any type of plastic material due to uncertainty about the time-scale regarding biodegradability.

Original article can be found : http://wastelessfuture.com/maria-coronado-a-global-ban-to-plastic-microbeads-is-an-opportunity/