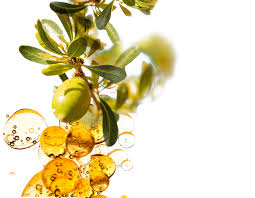 (Above is our 37sec video discussing hair oils)

The Growing Market
When we heard the word ‘argan’ we often associate it with cosmetic products and for good reason, argan oil sales have boomed in the last decade. The product boasts many benefits and can help with the overall condition and styling of the hair. Argan oil eases styling problems for both stylists and clients and can help to smooth, strengthen and rehydrate the hair.

A different part of the argan tree is used in beauty products, its nourishing properties soothe and moisturise the skin, and it is very effective at treating skin conditions such as eczema. However, the rising demand for argan oil has seen low quality oils emerge onto the market that unaware consumers purchase. These types of oils are diluted and mixed with ingredients that may not be suitable for the skin and cause allergies, many are often made from olive oil.

The Social Benefits
The argan forest itself is a vital resource for local communities in South West Morocco and it is responsible for supporting 2.2million people. Before the rise in global popularity of argan oil, the argan tree had been harvested by local people for centuries and is essential to their daily lives.

The forest plays an important role by providing resources and a source of income on a local level due to the versatile use of the trees fruit such as its nutritional benefits when used for cooking, feeding livestock and selling to tourists by the side of the road. The trees are cut down and used for building materials and firewood, and the timber was used by local communities.

In addition to providing essential resources to the rural communities in Morocco the forest also forms a natural defence from the encroaching Sahara desert. Each tree plays an important part in preserving the land and acts as an anchor to the soil, it is suited to the climate and is highly resistant to drought and strong winds. In turn this helps to prevent desertification which maintains fertile land and shelter to local communities and wildlife.

Environmental Degradation
The argan forest is native to south west Morocco and accounts for just 2% of the countries land mass, making it one of the rarest oils in the world. Locals did not see the value of conserving the argan tree before its rise in international popularity and would often uproot argan trees and replace with more profitable crops and trees to support their families. The trees were often cut down for timber and used for burning or building materials. Camels, goats and sheep provided another form of income for the rural communities in this area and the livestock were often left to roam the forest, which has disastrous consequences for the argan tree. As you can see in the picture below, goats climb the argan trees to reach food, but in the winter months some 68% of a goats diet can consist of argan leaves.

In addition, the argan tree is slow growing and can take up to fifteen years to mature. It is very vulnerable in its early years and the goats contributed to the forests early degradation.

Global success has caused further environmental degradation due overuse combined with poor forest management, causing deforestation. The argan forest is in decline and almost half of the argan forest disappeared during the 20th century and in 2009 it was found that in some parts of the forest the tree density was 66% lower than it was fifty years ago.

Worryingly, due to rising demand and success the Moroccan government reported in 2012 that it was going to triple the production of argan oil by 2020 and this prompted environmental concerns for the forest.
Popularity is pushing this natural resource to its limits and making sure that the products that are used in salons come from a responsible supplier is vital to the sustainable future of the argan forest and the rural communities who care for it.

The Power of Co-operatives
Co-operatives were set up to employ local people using traditional methods which are very labour intensive. This allowed women, who are often the most vulnerable people in their communities to secure employment, many for the very first time.

The Berber women originally harvested the argan fruit and sold their product by the side of the road. As the products popularity has grown on the international market it can be sold at a much higher price than what can be made locally.

The argan oil that is produced by co-operatives employ Berber women to pick the fruit that has fallen from the tree by hand and the whole process of de-pulping, kernel collecting, kernel roasting, kernel pressing and so on is based upon traditional methods to ensure authenticity, sustainability and efficiency.

The co-operatives also wanted to ensure sustainability and offered their members a chance to gain an education by providing free lessons to read and write, as well as basic economics. At the beginning, the illiteracy rate amongst local women was estimated to be around 90%, but in 2014 this figure had dropped to 40%. In addition, members were also provided with health insurance. Overall, entire communities can benefit from co-operatives who have helped to install power lines, provide access to clean drinking water and organise a rubbish collection service.

However, as the value and popularity of the argan oil rose, the families who had not joined the co- operatives but still depended on the resource were faced with a problem. They were becoming increasingly concerned about how scarce the argan fruit was becoming and found that they had to walk further into the forest to find it. This situation spurred local people into action as they began to realise the value of the forest and supported projects and campaigns to re-plant and conserve the argan trees.

A Sustainable Future?
Reassuringly, the argan forest case is the most advanced example of successful sustainable development in Africa. The production remains local and benefits the women who work in the co-operatives by improving living conditions and quality of life. To begin with local people saw no real value by conserving the argan forest and continued to use it for a variety of resources. However, the shortage of argan fruit prompted the local communities to conserve the forest and began to see the benefits in the form of income, shelter, food and security. The Berber women have been empowered by the co-operatives and see themselves as the guardians of the forest.

However, the argan forest is still under threat from deforestation, as shown in the picture below, and it is believed that the most effective way to ensure the long term future of the forest is to pay members of co-operatives a fair wage. This can help locals to realise the value of the argan forest and dissuade them from destroying the trees to provide resources or a source of income that can be replaced by the fair wage.

Argan trees usually live for one hundred and fifty years, thus if the forests are managed responsibly and cared for, the Berber people can enjoy the social, economic and environmental benefits of the argan forest for generations.

Argan that is from a sustainable source will help to preserve the slow growing argan tree for future generations of the Berber people, it will encourage biodiversity, help with development of rural communities as well as continuing to provide shelter and prevent the encroachment of desertification.

What can the hair and beauty community do?
Despite being declared a Unesco Biosphere Reserve in 1998 the argan forest remains under great threat. If learners and hair stylists can realise the value of buying fair trade, high quality oils they then have the ability to pass this knowledge on to their clients and help them to understand the importance of knowing where their products come from.

Co-operatives empower women who are often the weakest and most vulnerable members of society in this community. Changing the status of women within these rural communities has allowed the members of co-operatives to send their daughters to school and receive an education.

The hair and beauty industry’s workforce is made up of 90% female workers, and therefore we should see these developments as a great success for women globally and it is something that we should support and celebrate. Argan trees usually grow naturally and thus there are no chemicals in the product, something of a novelty in hair care products. It is in the hair and beauty industry’s best interests to support co-operatives that harvest their fruit from naturally grown argan trees, use traditional methods and pay a fair wage to its members to ensure that as an industry we continue to use the very best of natures products. Promoting such benefits and raising awareness amongst clients can also create a ripple effect and increase the support for ethical and sustainable products.

Since 2009 only oil from South West Morocco can be called argan oil but be aware that this does not mean that it has been made by co-operatives paying a fair wage. Aveda are a reputable, professional brand who supply argan oil to salons, you can find the link to their websites on our ‘education’ page.

Follow our quick tips of how to spot low quality oils and share this with clients, to support the Berber women and prevent deforestation of the argan forest.