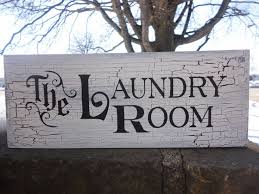 For decades hairdressing salons have been using cotton towels throughout salon services, but as environmental concerns loom, something revolutionary is happening within the industry. In recent years the single use towel has emerged onto the market and has transformed the way that hair salons think about their towels, service and laundry habits. During our events and workshops here at Eco Hair and Beauty we have discovered that many colleges throughout the United Kingdom have already made the transition from regular cotton towels to single use towels, and we want to look at just why they have been so popular.

Single use towels are used at Fife College.

Environmental Benefits
Single use towels, also known as eco towels can be used to replace regular salon towels but encompass many benefits for the environment as they do not require a washing machine or dryer. Eliminating the need for electrical appliances can help salons to save money on their water and energy bills, as well as conserving vital resources such as water and fossil fuels. Once the towel has been used and comes to the end of its life it can be disposed of, and surprisingly after twelve weeks in compost conditions the towel will break down and biodegrade. This life cycle is much shorter and less harmful to the environment, when comparing it to a washing machine and a dryer that can leak dangerous substances if disposed of incorrectly as well as depleting vital resources.

Benefits to Hair Salons
In addition, single use towels do not compromise on hygiene as one towel is used on one client it is guaranteed to be the most hygienic option available on the market. They also save time as they come freshly folded as well as being aesthetically pleasing as they are not worn or bleached stained which reassures the clients of the high standards within the salon.

Single use towels are also ten times more absorbent than regular towels and recent research suggests that they can reduce a stylist’s blow drying time by up to 40%. This is great for stylists and the environment as a reduction in blow drying time can reduce the salons energy consumption and bills.

The towels have also eliminated the essential yet mundane job of laundering and folding regular towels. They can save salon staff time as the towels come freshly folded and can be used immediately at the basins after they have been delivered.

What are the problems with non disposable towels?
To ensure that salons reduce the risk of bacteria and cross infection they must wash towels after every client and set the cycle at over sixty degrees. If towels are not washed on a high temperature after every wash they can spread infections such as headlice, skin lesions, ringworm and hepatitis C. Bacteria can survive on non disposable towels even when they have dried and their woven fabrics are more susceptible to harbouring germs.

The frequency of washing traditional, non-disposable towels uses electricity due to the use of electrical appliances that are required such as the washing machine and dryer. Heating water to wash the salon towels at a sufficient temperature is also very energy intensive.

Traditional non disposable towels are also very time consuming as they take time to wash, dry and fold. Over time salon towels can become worn and stained which is not appealing to clients and does not promote a good image for the salon.

The Single Use Towel Pioneers
Easydry created the first ever eco towel and have enjoyed success after success during its ten years on the market. Easydry is a trusted and transparent company in every way, and fulfils its social and environmental responsibility, providing a great example to the hairdressing industry. The Irish company are FSC certified and source from sustainable forests to ensure that the resources that they use to make the towels are replaced for both future products, and generations.

During their ten year reign their products have enabled the hairdressing industry to save water that is equivalent to eighty nine Olympic sized swimming pools and energy that equates to the same volume of boiling the kettle 153 million times would use! Easydry don’t just keep this to themselves they let salons and colleges know how much they have saved individually and award certificates to mark milestones and show them how much water they have saved.

Certification is a great way to show learners, staff and clients how small changes can have an incredible impact on the environment.

Once used, the towels can be put into compost and will biodegrade in twelve weeks, which leaves no impact upon the environment. However, Easydry encourage the re-use of towels once they have been used on clients before disposal. They are great for cleaning and buffing the mirrors in the salon which saves lots of time trying to get a streak free finish! Some salons donate them to local wormeries, botanic gardens or local allotment schemes as it makes a great compost (along with old hair clippings too).

As the towels are highly absorbent they have also been donated to local mechanics who use them to absorb the oil. Some salons encourage their clients to take them home to use on their own mirrors, in their own compost or as a handy lining for hanging baskets. The re-use of the towels helps to save resources and spread benefits throughout the local community.

Easydry have expanded their range of disposable salon items to include shoulder capes which can replace towels or plastic capes.

They are 100% biodegradable which benefits the environment when comparing them to plastic capes which can take centuries to break down. They can be used during colouring services which prevents salon towels from stains and discolouration, as well as reducing energy and water consumption.

Alternative Ways to Green your Laundry Habits
If your salon or college has not made the change to disposable towels then follow our guide to ensure that you reduce the salons impact upon the environment.